The first historical figure connected with Glencoe was Fingal, one of the greatest Celtic heroes and leader of the Feinn, warriors of Gaelic mythology. The glen was his legendary home and his memory is preserved in a number of place names, for example Sgor nam Fiannaidh (rock of the Feinn). 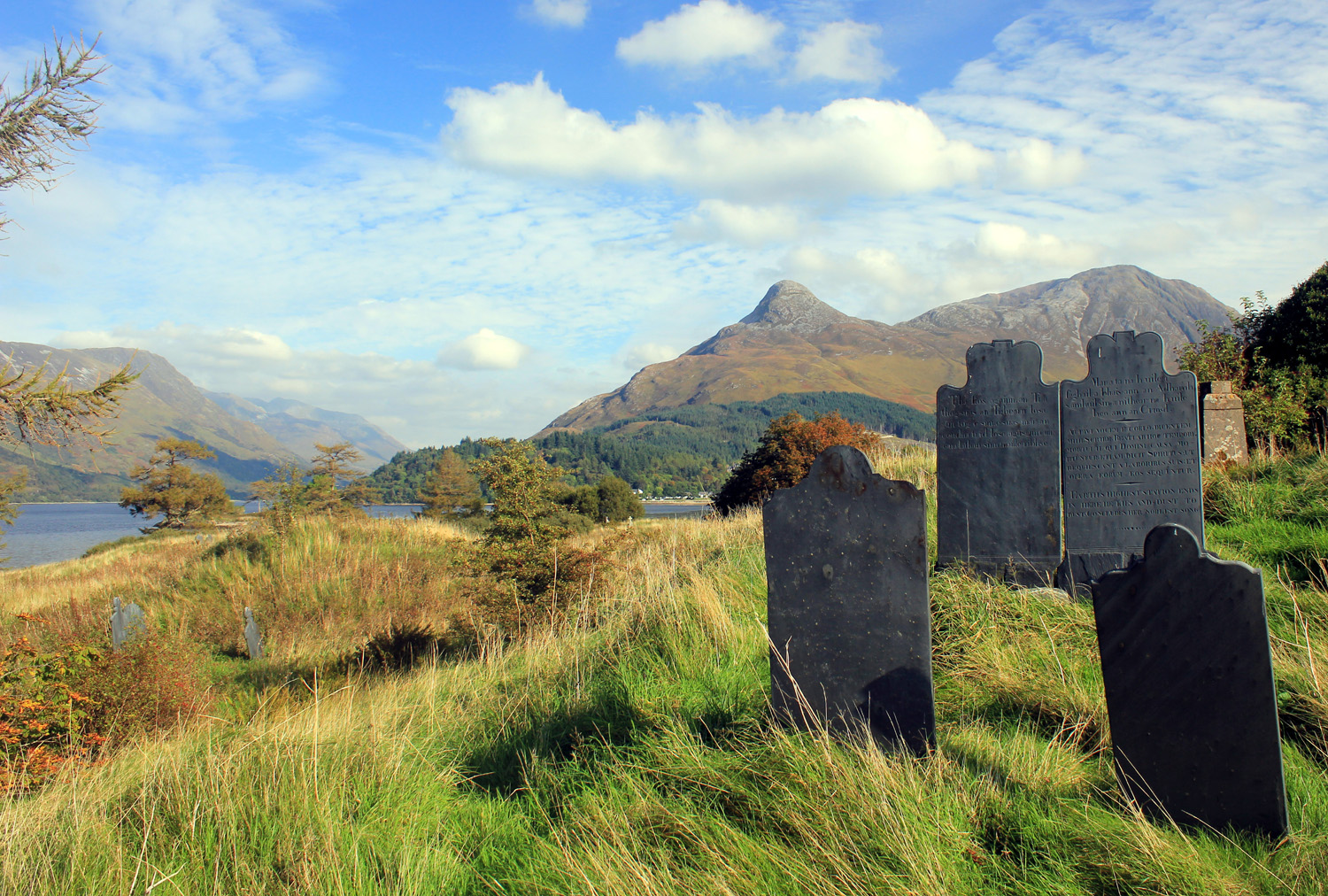 Fingal’s poet son Ossian is also remembered by the naming of the cave above the Loch Achtriochtan. Assuming that he was a real person at all, the legendary Fingal is credited with the ultimate defeat of the Viking invader – King Erragon of Sora. This Viking influence was to continue as ownership of the glen passed into the hands of his descendants, the powerful MacDougall clan in the eleventh century.

Over the next two centuries, the MacDougalls managed to build up a small empire in western Scotland. However, this was all to collapse in 1308 when they sided in favour of Balliol against Robert the Bruce. In a gesture of thanks for his support during this conflict, Robert the Bruce gifted Glencoe to Angus Og, the then clan chief of the MacDonalds. Angus Og subsequently left Glencoe to his bastard son Iain Fraoch who founded the ill-fated Clan MacIain Abrach of Glencoe. 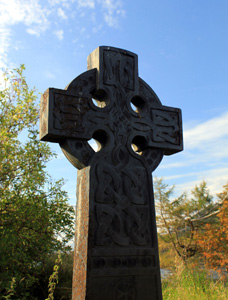 There then followed a period of relative calm until the year 1501, when disputes flared up between the Glencoe MacDonalds and the neighbouring Argyll Campbells. The sources of the conflict were the continued raiding and cattle rustling on behalf of the MacDonalds and the attempts by the Campbells to extend their territory.

These troubles rumbled on into the middle of the 17th century and into the period of Scotland’s involvement in the Scottish Wars of the Covenant, during which the MacDonalds and the Campbells found themselves on different sides. The MacDonalds were forever associated with Royalist and rebel causes, whilst the Campbells became increasingly involved with the authority of government. In reality it was a tragic battle between two very different ways of life – the carefree and somewhat lawless highlanders, and the ruthless central government.

The final chapter in this tragedy began on 27th August 1691, when King William III in London offered a pardon to all Highland clans who had fought against him or raided their neighbours. But it was on the condition that they took the oath of allegiance before a magistrate by 1st January 1692. The alternative for failing to comply was death. MacDonald Clan Chief, MacIain of Glencoe, reluctantly agreed to take the oath, but mistakenly went to Inverlochy in Fort William instead of Inveraray near Oban. He finally reached Inveraray on January 6th, well after the deadline.

MacDonald naively believed that, despite this delay in taking the oath, he and his clan were now safe. But unknown to him, a force had already been assembled at Inveraray and given orders to exterminate the whole clan. The force left for Glencoe on 1st February, led by Captain Robert Campbell of Glen Lyon, a man with a grudge against the MacDonalds. Campbell asked for quarters for his 130 soldiers and, unaware of what was planned, the poor MacDonalds entertained them for 10 days.

On the night of the 12th February, Campbell received orders to kill all MacDonalds under seventy years of age at 5 am the next morning. In the early hours of a cold winter’s morning the soldiers rose from their beds and set about the massacre of their hosts, with whom they had been living on friendly terms. It was this act of treachery in response to hospitality that makes this massacre such a heinous crime. Although only forty were killed, many more escaped to the hills only to die of hunger and exposure.

The monument to the fallen MacDonalds is situated in the Glencoe village, and MacIain was buried on the island of Eilean Munde, in Loch Leven. Signal Rock, where the order was given to begin the massace stands just a few hundred yards west of the Clachaig Inn on the north bank of the River Coe. 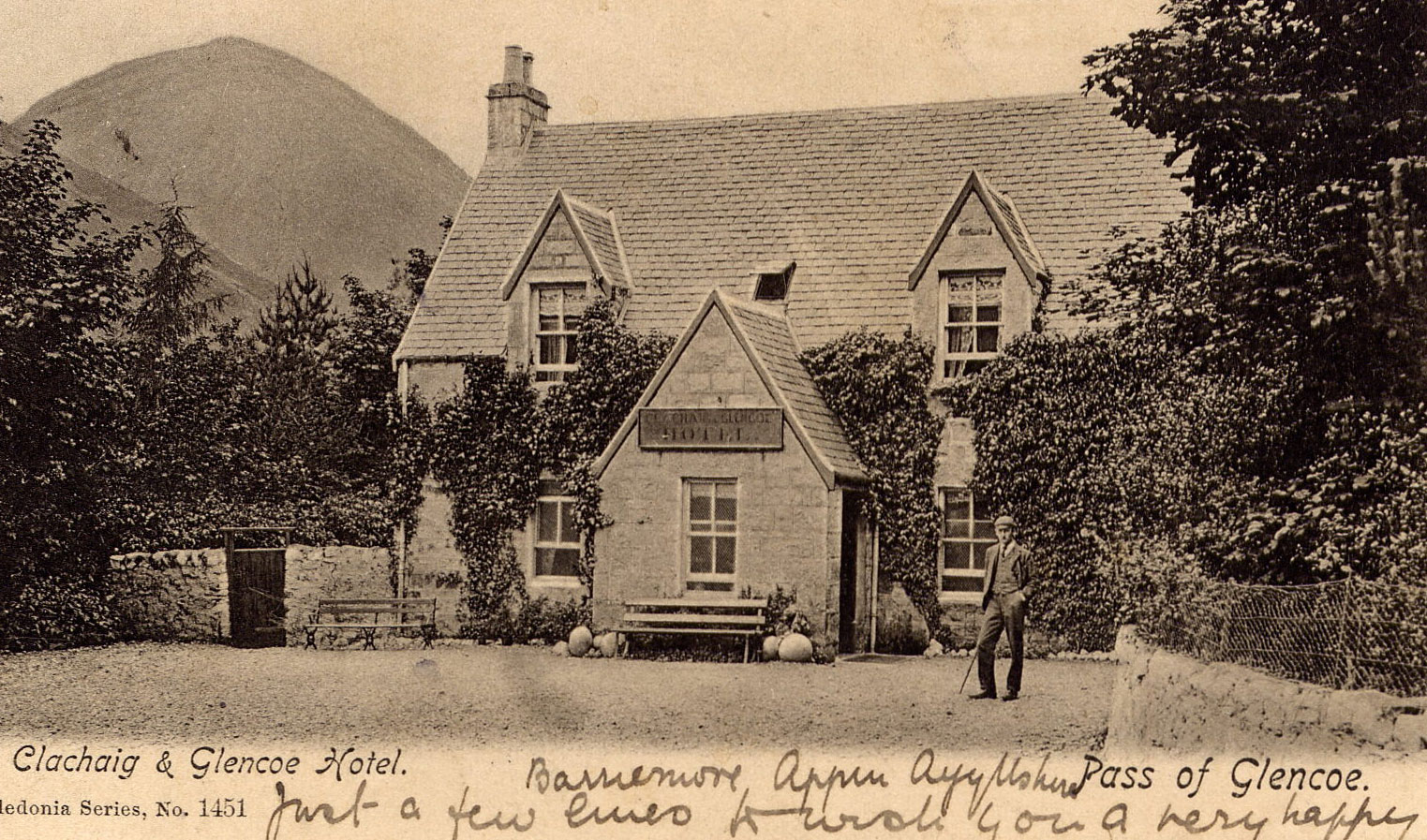 Shortly after this period a new military road was built passing the eastern end of Glencoe, and in 1785 the first road was built through the glen itself. As with so many places in the Highlands, the ‘Clearances’ took their toll, and by the death of the 17th Chief, Ewen MacDonald, in 1837 the chieftainship of the MacDonalds had little meaning.

Ownership passed through several hands during the next century and in 1935, to prevent possible commercial exploitation, the National Trust for Scotland bought 12,800 acres of the glen. With the help of donations from a variety of sources, the Trust’s holding has been extended over the years and today covers most of the glen from the edge of Rannoch Moor to the shores of Loch Leven.

More information on the Massacre of Glencoe can be found at www.electricscotland.com