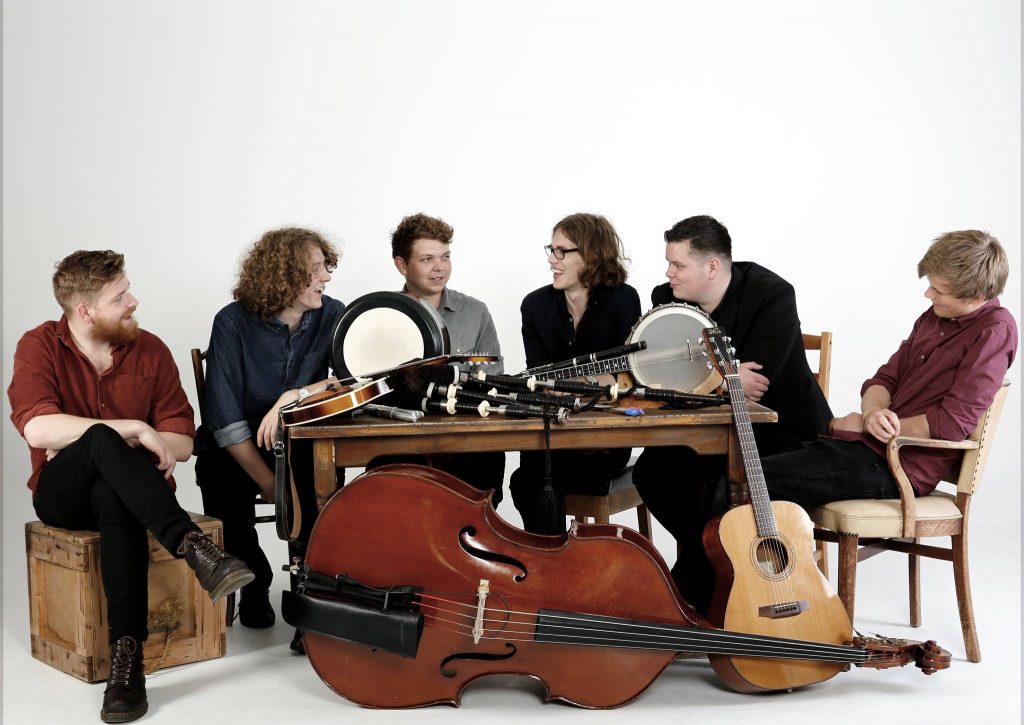 After crossing paths in the northern city of Newcastle Upon Tyne, six young musicians immediately began to share tunes, eventually forming the powerhouse of progressive instrumental folk that is Pons Aelius. Motivated by a collective enthusiasm and desire to share their distinctive style of music, the band have extensively toured the UK and Europe, bringing their much loved live energy to stages such as Celtic Connections, Towersey Festival and Priddy Folk Festival to name but a few. During this time, they have recorded an EP and a studio album- ‘Captain Glen’s Comfort,’ which was released to critical acclaim in 2017 and featured on radio shows around the world, including the BBC Radio 2 Folk show with Mark Radcliffe. In 2019 they released their second album Fire Under the Bridge.

Driven by a dynamic frontline of bagpipes and whistles (Jordan Aikin), flute (Sam Partridge), tenor banjo and mandolin (Tom Kimber), the band are a melodic force to be reckoned with. In the stompbox and octave pedal era, Pons Aelius are proud to feature one of the scene’s leading all-human rhythm sections, comprising Callum Younger (bodhrán kit innovator), Alasdair Paul (guitar/bouzouki) and Bevan Morris (double bass). With these powerful tools at their disposal, they are masters of both subtlety and intensity, exploring the capabilities of these acoustic instruments and producing a formidable sound together.