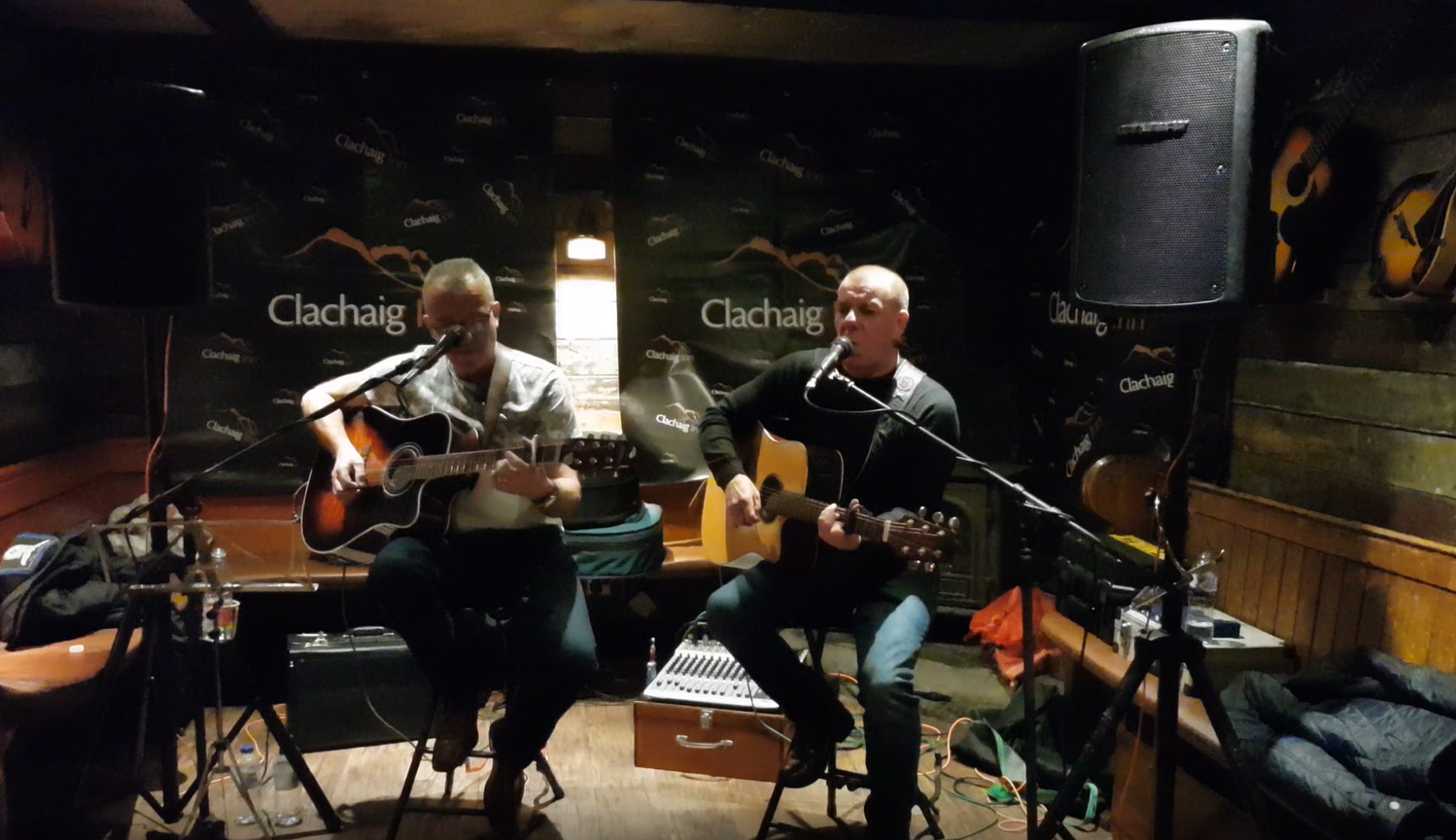 Mak-a-Din are a lively Scottish & Irish folk duo. Gordon & Davy, who are both from Grangemouth, have been together for almost 3 years now after playing with other bands & duo’s. They believe in giving the audience what they want to hear. Their gigs tend to be a mixed night of Scottish / Irish & contemporary music.

Gordon was born in Falkirk and his first singing and band partner Robert taught him the basics of the guitar. He went on to teach himself and within the first year Robert and Gordon had their first gig in the ‘Vic Inn’ Carronshore. They went on to form the band ‘The Shoresmen’ and had many gigs together but split up 5 or 6 years later. He went on to form a band Avonstray and a duo called Eresky before forming Mak-A-Din with Davy.

Davy was also born in Falkirk. His biggest influence was John Day, a fantastic accordionist and pianist whom he worked with for many years. His good friend Archie McDougall taught him the basics of the guitar and for the past 31 years he has given him invaluable support. He has played with many bands over the years including Ocean Drive, Harlequin and after years of playing club/cabaret music he decided to follow his patriotic heart and started playing what he always wanted to play, Scottish folk music. In November 2007 he teamed up with Gordon, forming Mak-A-Din.